﻿
staff@arengario.it User Login
HIGGINS Dick
[Richard Carter Higgins] (Cambridge, Inghilterra 1938 - Québec, Canada 1998)
Of Celebration of Morning. A Polysemiotic Fiction
Luogo: West Glover
Editore: Printed Editions
Stampatore: The Nimrod Press - Boston
Anno: 1980 [novembre]
Legatura: legatura editoriale in tela color panna, sovraccopertina in plastica trasparente
Dimensioni: 42,5x28,5 cm.
Pagine: pp. 96 n.n.
Descrizione: copertina e retro illustrati con due disegni incisi in marron e verde, titoli in verde. Libro d'artista interamente illustrato con composizioni di fotografie, disegni, testi poetici, giochi tipografici. Stampa in bianco e nero. Tiratura complessiva di 1000 copie di cui 100 con una fotografia originale. Esemplare nella tiratura ordinaria. Edizione originale.
Bibliografia: Archivio della Fondazione Luigi Bonotto: Code n. FX1248 1/2
Prezzo: € 450ORDINA / ORDER
"The principal Work of mine that has worked on a sexual problem is called «Of Celebration of Morning» and deals with an ingrown and definitely not "out" older man and his rather obsessive relationship with a young man called Justin. People who have known me and the model with whom I was involved have made somewhat of an error in assuming that I am the narrator of that he is the young man. In fact, he is much more open than the young man in the book, and I am a great deal more open that the older figure. Nor was our relationship obsessive in any way. By obsession, I mean preoccupation. The older man, the narrator, is obsessed, so that the worst appears to be a pedophile's notebook or scrapbook in which he has pictures of his young friend... This book is probably the most extreme example of my fictionalizing from autobiographical material. In fact, the older man gives nothing to the younger man - all he does is celebrate his looks, his body. As a result, the young man, who desperately needs some guidance and encouragement, drifts off into drugs and eventually dies of an overdose of heroin. At the same time that it is a celebration of morning, the morning of your life and the glories of being beautiful; it is also of mourning for the young man and the old, in a way. And it is a warning for the way these relationships should not be handled. I have been involved in relationships with people much younger than I, and definitely there is a responsibility of the older person to help the younger one fulfill himself. ... This is precisely what the narrator in that particular work does not to do, so it is as much a warning as it is anything else" (Dick Higgins, in Linda Montano, «Performance Artists Talking in the Eighties: Sex, Food, Money/fame, Ritual/death», Los Angeles, University of California, 2000; pag. 71). 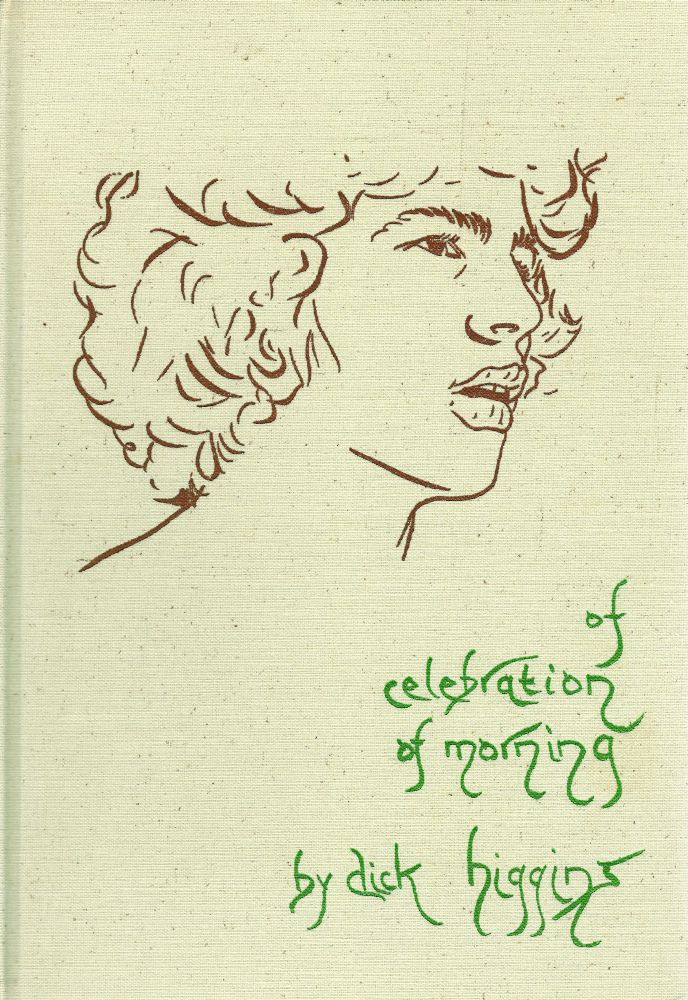 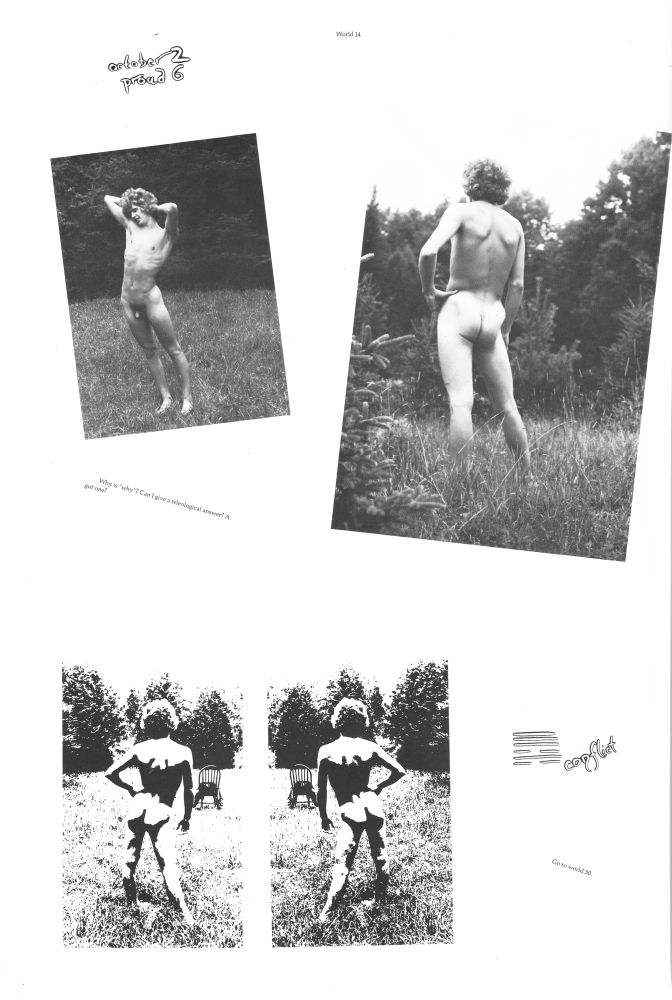 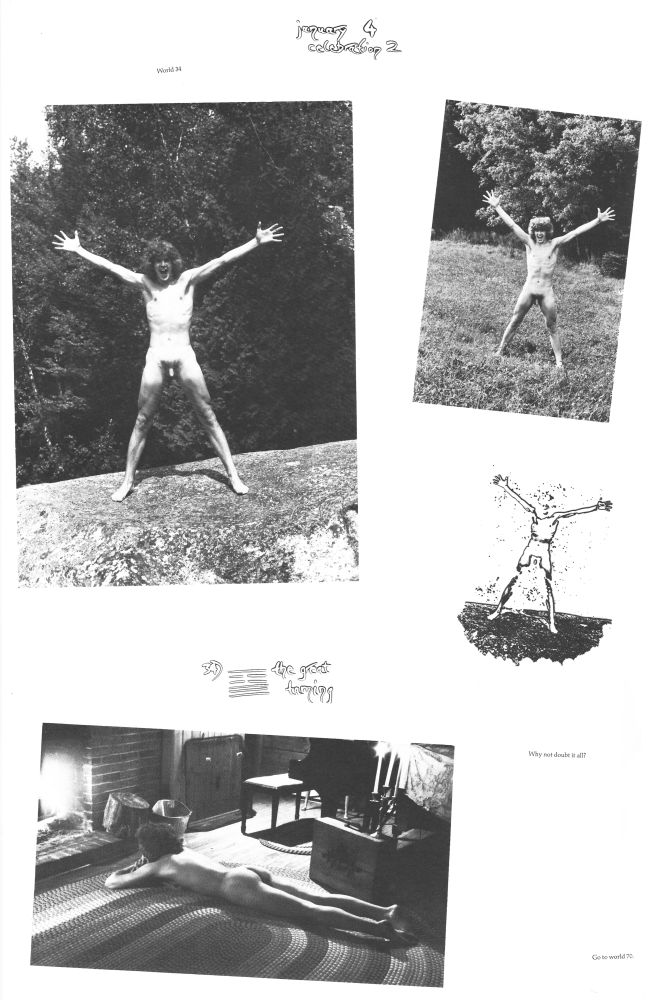 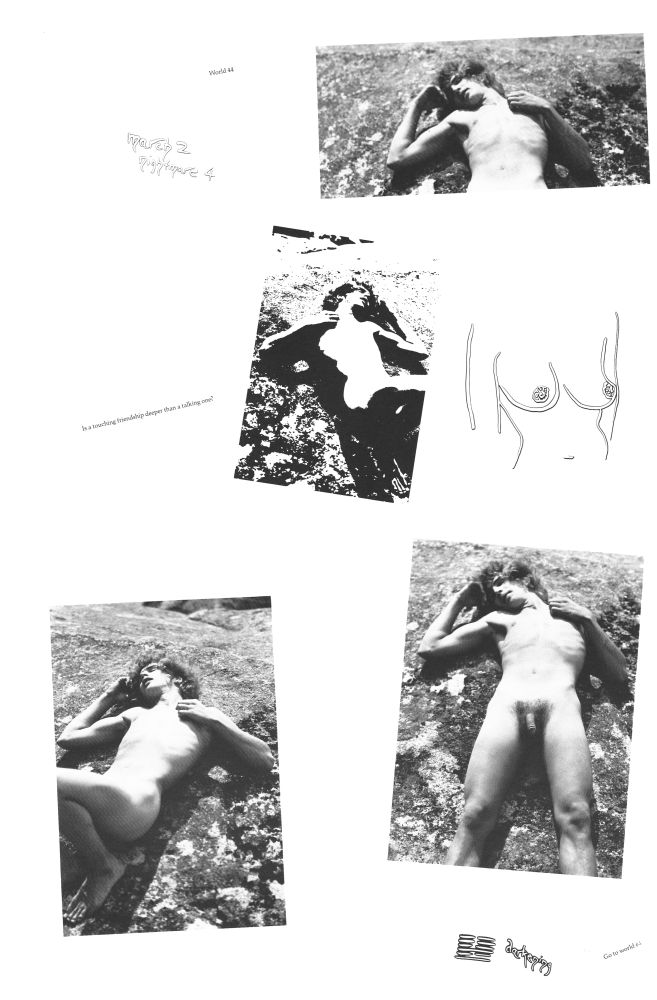