﻿
staff@arengario.it User Login
WEINER Lawrence
(New York, Bronx 1942)
Tracce - Traces
Luogo: Torino
Editore: Sperone editore
Stampatore: N. D.
Anno: 1970 (gennaio)
Legatura: legatura editoriale cartonata, sovraccopertina
Dimensioni: 17x11 cm
Pagine: [110]
Descrizione: libro d’artista con copertina tipografica, contenente una sequenza di 50 definizioni verbali dell’artista coniugate al participio passato in inglese e italiano, stampate al solo recto. Tiratura di 1.000 copie. Edizione originale.
Bibliografia: Delcroix 2011: pag. 192 e 436; Lailach 2005: pag. 167; Schwarz 1989: n. 2, pp. 145-146
Prezzo: € 300ORDINA / ORDER
“In 1970, TRACES was published in conjuction with an exhibition at the Galerie Sperone in Turin. This time, insted of standing in for the lack of a gallery space, the book represented a group of works, of which only a few were on view in the gallery. The works were therefore presented in two different contexts at once, and, to demonstrate the difference in function, the works on display could be purchased while those presented only in the book could not and were declared by Weiner to be public freehold. Although book publications sought to counteract the art trade's privatizing influence on art, it was the art trade itself thet has initially promoted the printing of books by Weiner and other artists. This does mot mean, however, that the strategy of printing books was ineffectual. The economy of the art trade may not have been revolutionized, but the new forms of reception prompted by these books did affect the monopoly on reception exercited by the art market, museums and exhibitions spaces. In the sixties, artists in Europe and the United States devised means of sidetracking institutionalized reception. (…) TRACES was Weiners first book printed in upper case, a device he was to use with increasing regularity. Instead of personal idiom, his works took on the appearance of official signs on public buildings, generated not by a subject, but by convention. The context of such writing is underscored by lack of punctuation and frequent use of legal language. Weiner's work thus answers Mallarme's call to objectivize the text, which is equivalent to allogorizing it. Such an allegory would, of course, no longer have a binding ontological pretext since it does not exist socially and since Weiner rejects reference to his own person: “Both questions of life and death enter into a reletionship of metaphysics that I don't particularly like, beacause in the end I will have to answer back: “I”. And my work has no relationship to “I”, the work is presented out of context with me”. As indicated by the titl, all the works in the bookare in both English and Italian, demonstrating the equivalency of languages in Weiner,s work and its translatability, the distinctive feature that sets it off against literature. Reception varies from language just as the meaning of an object is affected by its historical or political contaxt. Several of Weiner's works are explicity concerned with the transaction from one context to another, which is exemplifield by border situations.”. (Schwarz) 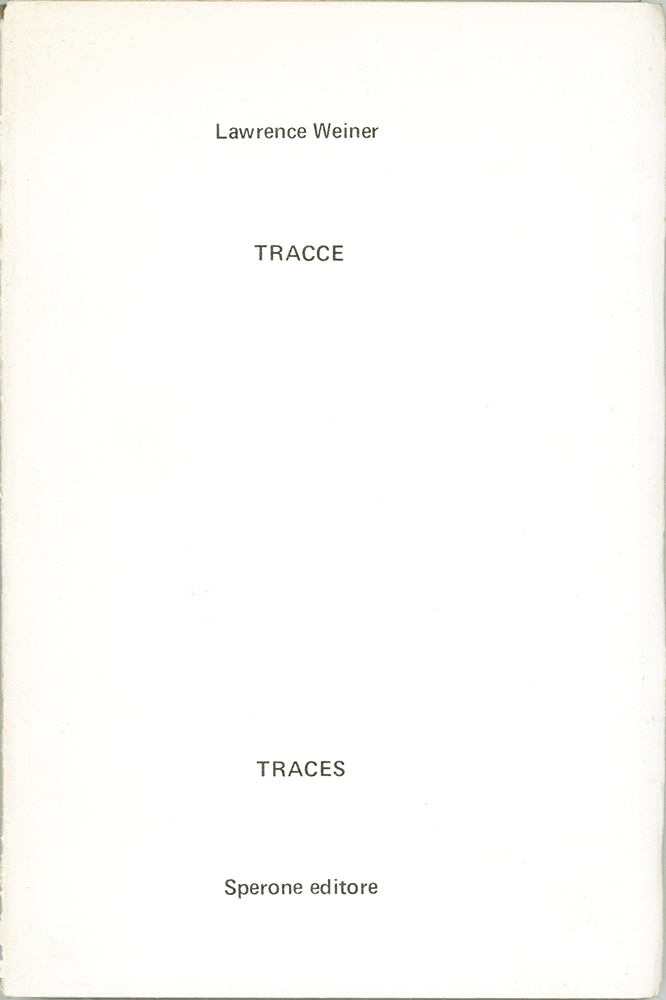 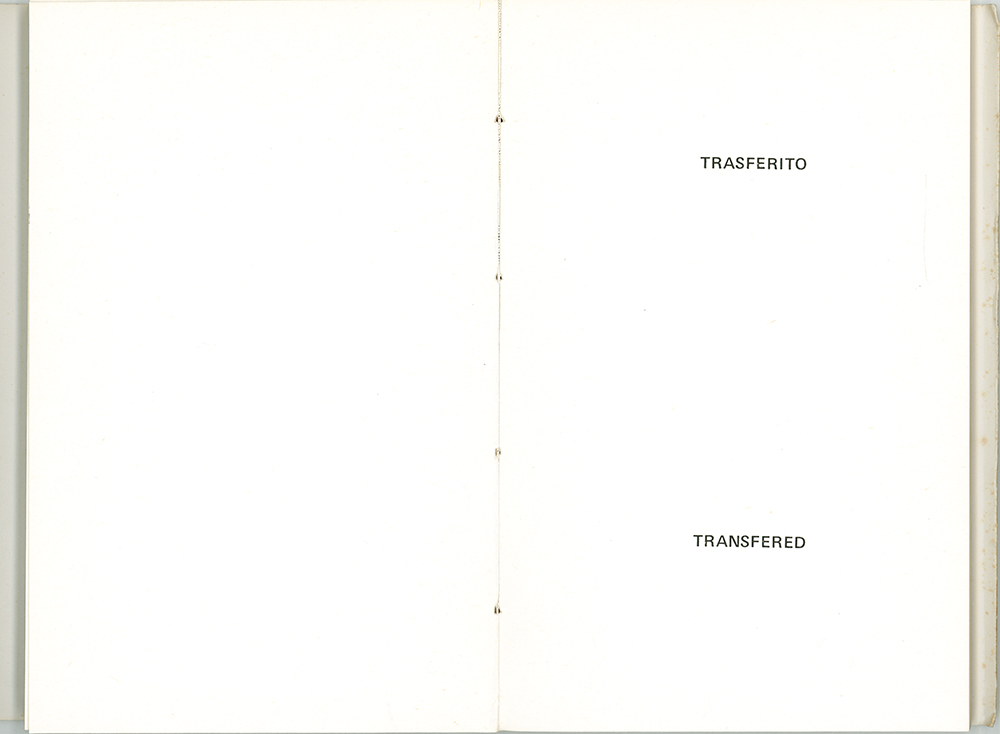