﻿
staff@arengario.it User Login
DELFORD BROWN Robert
(Portland 1930 - Cape Fear River in Wilmington 2009)
Tinted Photographs 1964 - 1972
Luogo: New York
Editore: The Great Building Crack-Up Gallery
Stampatore: senza indicazione dello stampatore
Anno: 1972 [ottobre]
Legatura: N. D.
Dimensioni: 2 volantini 28x21,7 cm.
Pagine: N. D.
Descrizione: una immagine fotografica sul primo foglio e logo della galleria sul secondo foglio, stampa in bianco e nero. Invito originale con allegato comunicato stampa della mostra (New York, The Great Building Crack-Up Gallery, 14 ottobre - 10 dicembre 1972).
Bibliografia: N. D.
Prezzo: € 120ORDINA / ORDER
Testo del comunicato stampa: "The life size photographs on exhibition were originally less than 2 square and were found in a german encyclopedia on sexual aberration published in 1927. Illegal in 1965, the books were imported into the United States by a psychiatrist considered to be a «legal pornographer» by the postal authorities at that time. It was also impossible to get a photographic laboratory to copy and anlarge them in the mid 60's without a letter of authorisation from a museum curator clearly stating that the artist was of serious intention and not a pervert. The enlargements were made in the lab after hours when all the woman wee off the premises. The negatives were kept locked away in the safe and unfortunately have been lost or misplaced. Although the work was largerly completed in 1965, it was impossible to show thwm publicly. In 1967 the artist attempted to get an uptown gallery to hang the photographs but again met with resistance because of the content of the material. The social climate has so changed over the past 5 years that it must be difficult for the ypunger viewer to understand the problems which the artist encountered in order to realize these hand tinted photographs". 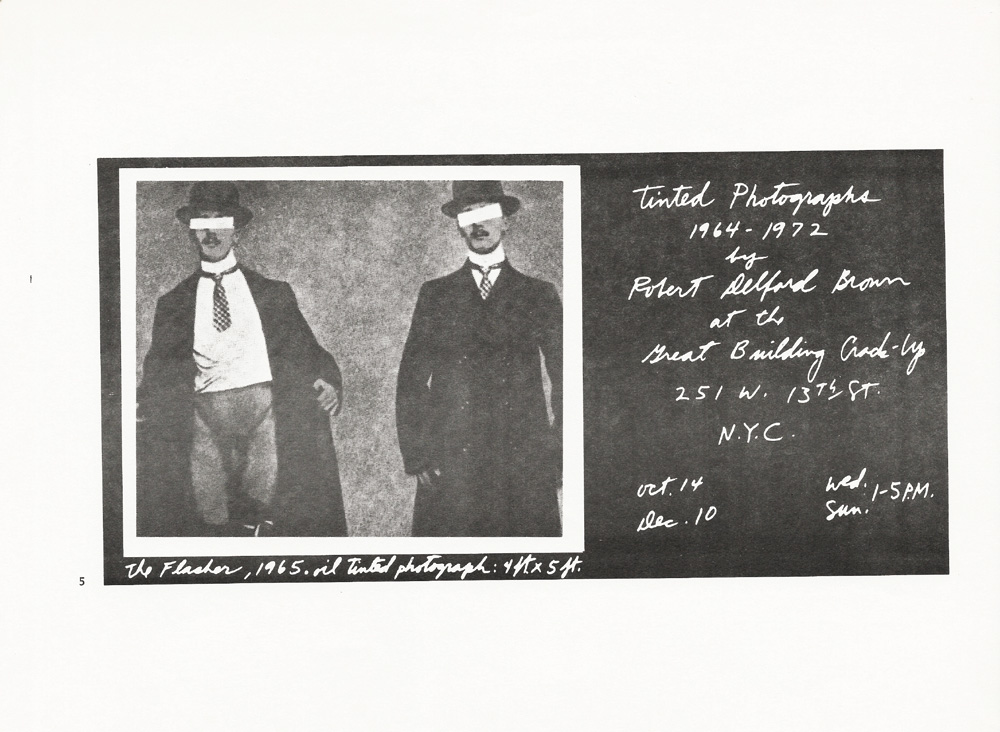 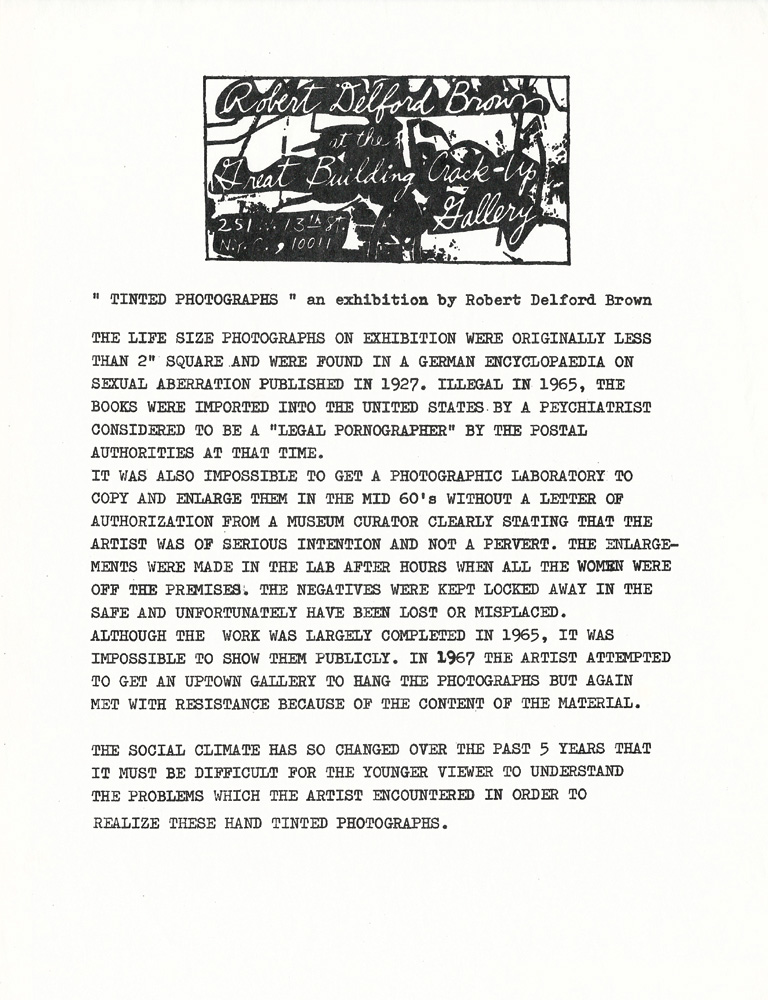