﻿
staff@arengario.it User Login
DELFORD BROWN Robert
(Portland 1930 - Cape Fear River in Wilmington 2009)
Bob Brown and his friends 1965 - 1969 a photographic journal
Luogo: New York
Editore: Great Building Crack-Up Gallery
Stampatore: senza indicazione dello stampatore
Anno: 1971 [dicembre]
Legatura: foglio stampato al solo recto
Dimensioni: 25,4x19 cm.
Pagine: N. D.
Descrizione: disegno e testo stampati in bianco su fondo nero di Delford Brown. Invito originale alla mostra (New York, Great Building Crack-Up Gallery, 11 dicembre 1971 - 16 gennaio 1972).
Bibliografia: N. D.
Prezzo: € 120ORDINA / ORDER
"This is an experiment with a primitive form of solarisation, which is a reversal gradation sequence in the denser portions of the images obtained in the normal development of photographic films after giving a very intense or long continued exposure. This experiment, using solarized polaroid photographs, was begun in 1965. It was combined with every kind of rottenness that «professional photographers» avoid assiduously. What I was striving for was the archetypal family snapshot-out-of-focus: the most important person in the group with his back to the camera; important details that tell the story not present for reasons beyond the control of the photographer, etc. The original snapshot were taken by Harriett «Rhett» Elsa Gurney Brown from 1965 to 1969. Over 400 photographs were shot at cocktail and dinner parties and other cosial events. The names of the people in the photographs are not listed because either they cannot be identified or they are in the public domain. Hopefully this exhibition may do damage to «photographic purity» because rule-less photography could be one of the most exciting mediums in the world. The unique signed photographs in this exhibition are a simple perversion since photographs should never be anything but mass produced, that is one of thir greatest attributes" (Robert Delford Brown, comunicato stampa, 16 novembre 1971). 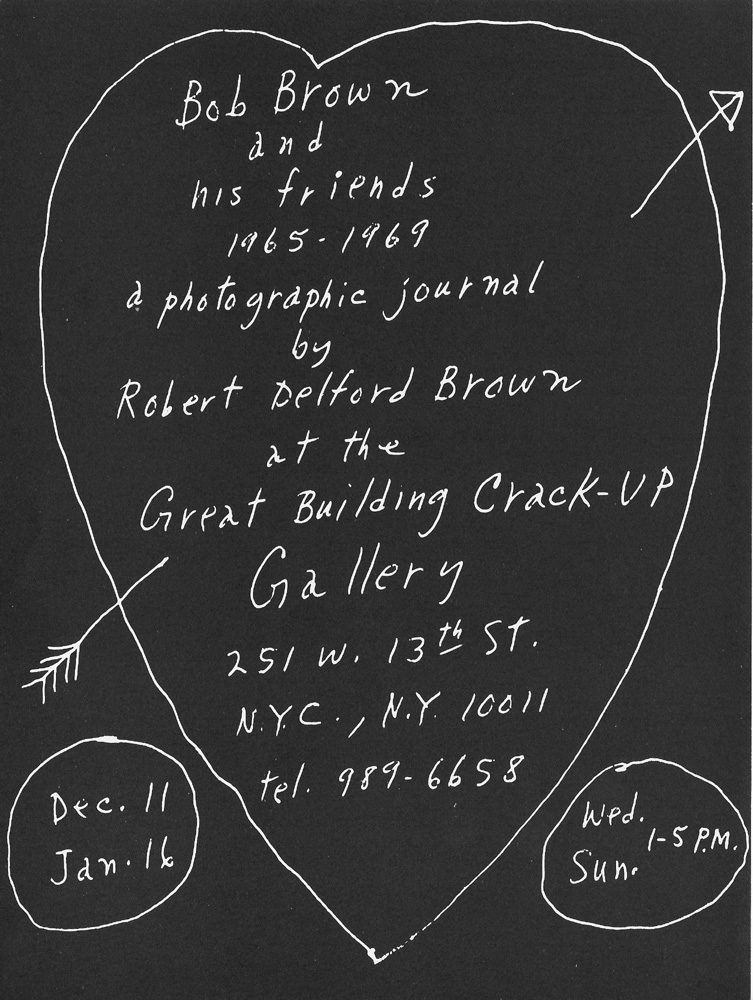